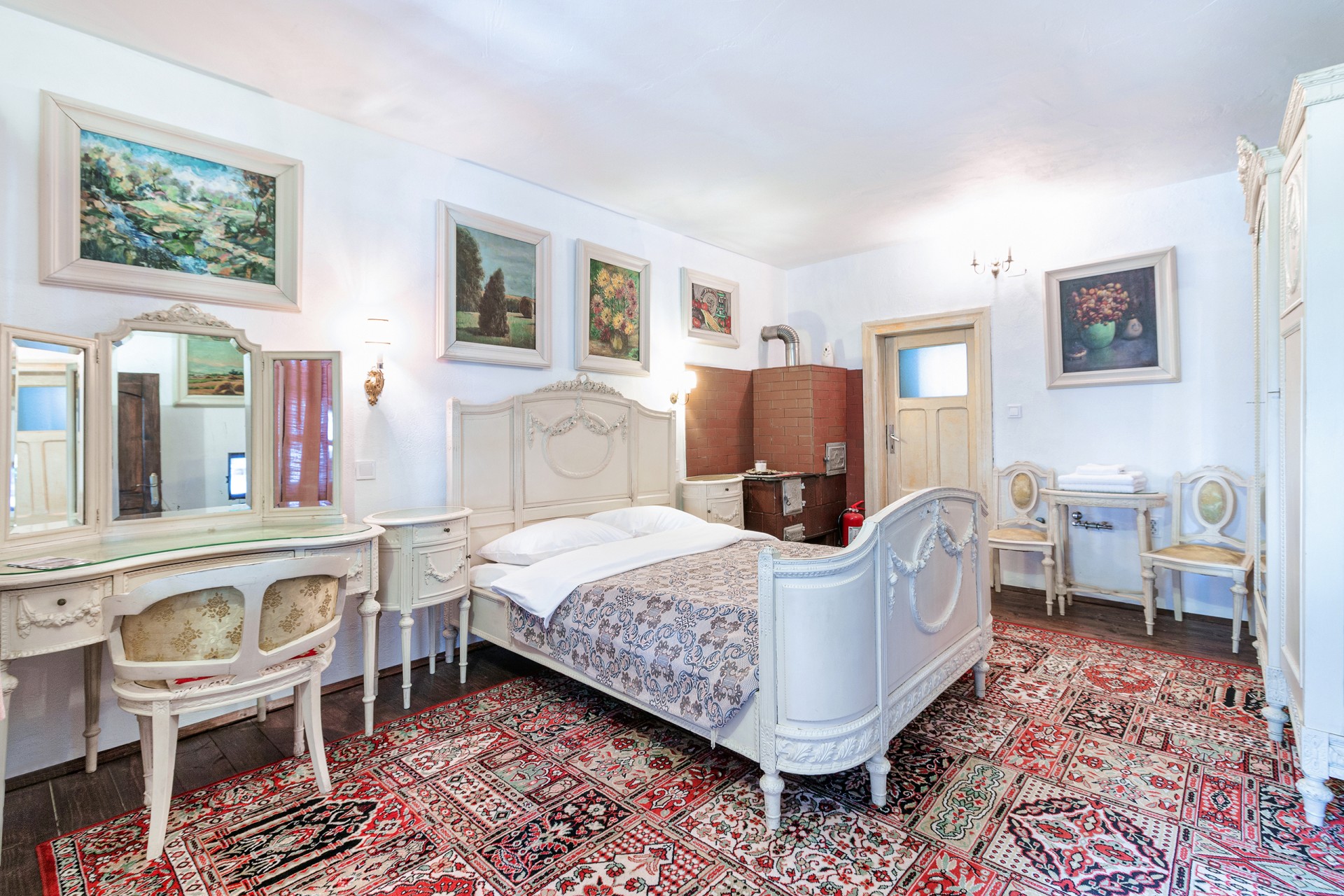 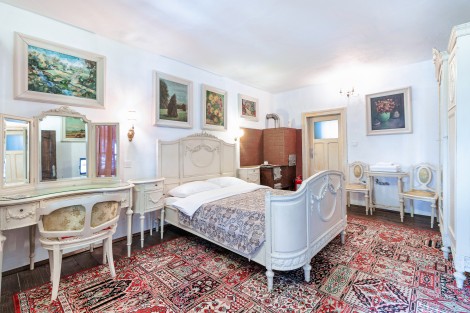 It was originally built in 1929 and was made up of a large room, a small room, hall, barn and stable.

It was later restored, changing the destination of the rooms as follows: the stable became the dining room where you can still see a part of the animal manger and the barn where the hay was stored became a kitchen.

The rooms turned each into a double room and the attic turned into two suites.

The furniture in each room has its specific features dating from 1800 to 1900 in the style of Louis XVI and the Piedmont Baroque.

The name of each room is given by the painting theme with which it is decorated, paintings painted by Romanian painters known and less well known.

In the house there are showcases that host a lot of old objects collected during the years that can be admired during the stay.

So the Paintings’ house is composed of two double rooms (royal room and nude room) and two suites (2 adults + 2 children) – the flower and landscape suite with its own bathroom. The house has an elegant lobby, a fully equipped kitchen and a rustic-style dining room.